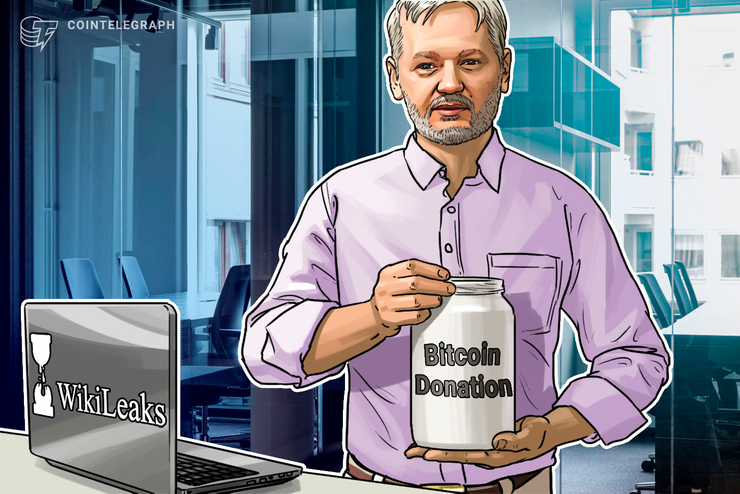 In a tweet on Oct. 29, Dotcom said 10% of K.im’s transaction fees were going towards helping Assange’s ongoing legal battle.

“This may provide sufficient Bitcoin for his defense and enable Wikileaks to increase its truth-telling capabilities. Stay strong!”

Assange currently faces extradition to the United States on charges of allegedly trying to hack into a Pentagon computer. His potential jail sentence totals 175 years.

“The treatment of Julian Assange speaks volumes about the rotten character of the intelligence community (deep state),” Dotcom wrote in a previous tweet last week.

WikiLeaks already accepts donations in various cryptocurrencies. To date, its Bitcoin wallets have received in excess of 4,000 BTC ($37 million).

Countdown to the initial exchange offering

The entrepreneur, who has faced legal pressure of his own over his previous project, Megaupload, has positioned K.im to take advantage of cryptocurrencies.

The content sharing service will conduct an initial exchange offering, or IEO, on Bitfinex in the coming week in order to raise funds.

The planned fundraising goal is currently set at $8 million, with verified investors able to contribute a maximum of $50,000 each. Holders of Bitfinex’s in-house token, UNUS SED LEO, will be able to double their contribution.